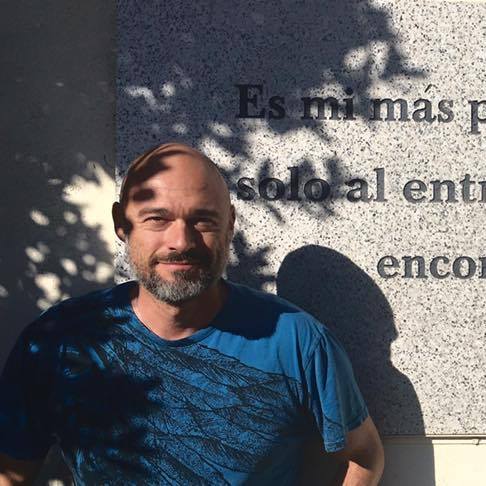 This powerful, inspiring conversation between David Braun and Matthew Isbell explores:
Spiritual awakening; Being witnessed by God; Fracking and the toxic impact of the oil industry; Sacred activism; Defending Mother Nature; The importance of knowing where our food comes from; Aligning our actions with our convictions and fighting for what you believe in; Planting good seeds and our responsibility to serve the future generations; Co-creating a beautiful planet.

David Braun co-founded Americans Against Fracking and New Yorkers Against Fracking, and also helped design and implement the successful campaign to ban fracking in the state of New York. In 2014, he relocated to California to fight fracking and other toxic oil and gas practices in his home state. Braun has since founded Rootskeeper a non- profit project that facilitates actions and builds an ever-expanding network of advocates statewide. Rootskeeper is a steering committee member of Californians Against Fracking, a coalition of over 200 organizations, and also works closely with the California Environmental Justice Coalition, with strong ties to many grassroots anti-fracking and environmental justice organizations. With Rootskeeper, Braun launched a number of statewide awareness campaigns including Protect California Food, Faith Against Fracking and Oil Money Out, People Power In, aimed at educating the general public on the negative effects of toxic oil and gas extraction methods on our food chain, and the industry’s influence respectfully. He produced and directed the short documentary film Faith Against Fracking, which has screened in film festivals and places of worship around the country as an organizing tool.

“It does us no good to be conscious on a dying planet…Consciousness brings alignment in our actions... Actions prove our true convictions and who we are”

Apart from his advocacy work, Braun helped organize and spoke at Senator Bernie Sander’s Monterey press conference calling for a national ban on fracking during his 2016 presidential campaign. In addition, he also helped organize a number of the Senator’s events in California focusing on the environment. He served as a member of the 2016 Democratic Platform Committee in Orlando, Florida, with the focus of adding language to the platform about Climate Change, sustainability, and the environment. Previously, Braun was the grassroots coordinator for Josh Fox’s Academy Award-nominated film Gasland and the follow-up Gasland II. Braun organized with MoveOn.org prior to getting involved with fracking. Before hearing the call to save the planet, Braun was a partner in a successful New York events business.

“It does us no good to be conscious on a dying planet…Consciousness brings alignment in our actions... Actions prove our true convictions and who we are”

Learn More about David Braun at: