Jyoti (Jeneane Prevatt, Ph.D.) is an internationally renowned spiritual teacher. She has cultivated projects that demonstrate ways of life that honor the Earth and all Peoples.   As one of the founders and now holding a Grandmother Seat, and in her active role for so many years as the Spiritual Director of the Center for Sacred Studies she co-founded Kayumari with spiritual communities both in America and Europe. Other projects she has helped to convene are the International Council of Thirteen Indigenous Grandmothers and the Unity Concert. She is the founder of The Fountain (https://thefountain.earth) Its mission is to restore an economic model that is based on reciprocity and collaboration guided by Nature and the Sacred. She has devoted her life to bringing unity to the planet by facilitating the development of alliances between individuals who are the guardians of indigenous culture and traditional medicine ways. Through this work, collaborative relationships with organizations that are focused on economic, social and environmental solutions have developed, creatively addressing the global challenges of our times. 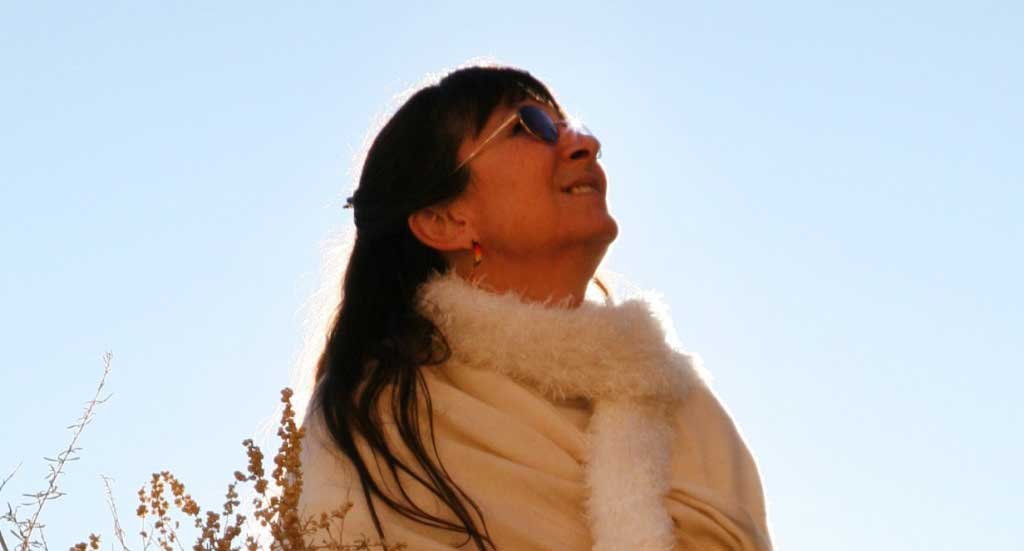 Darlene Hunter, Spiritual Director and Minister of Walking Prayer, Certified Maitri Breathworker, Darlene is a founding member of the Center for Sacred Studies and the Ministry Training Program and has been on the teaching staff of the Stargate Mystery School, an international school on consciousness, for the past 17 years. She is a founding member of Kayumari; a global spiritual village and travels internationally to support community growth by sharing of resources, knowledge, and prayer dedicated to the next 7 generations. 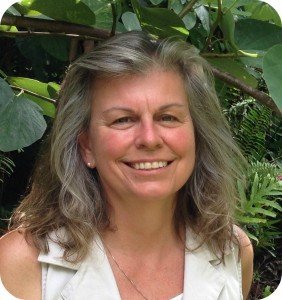 Susan Coleman came to us through an internship with Sonoma State University and jumped on with the International Council of 13 Indigenous Grandmothers: She headed the peacekeeper group in Nepal, assisted the grandmother’s in Europe, and co-created the “Calling All Nations” gathering at Sonoma State. As a CSS Ministry of Walking Prayer, she was an integral part of the Unity Concert in South Dakota and assisted Children’s Stargate, and more! Susan is a Spiritual/Life coach and counselor with a Master’s degree in Depth Psychology and has 25 years of healing, working and learning deep within Earth-based traditions. Her motto, “Let’s Walk Together” 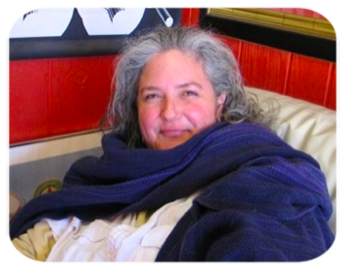 Rev. Jennifer Waterstar Hensiek is an ordained minister of Her Walking Prayer class of 2016 and a graduate of the Stargate Mystery School. Her journey into healing childhood and multi-generational trauma has created a deep love for assisting others on their path to self-realization. She has supported her community by holding circles and individual healing sessions in Northern California since 2011. Jennifer's background consists of training in Shamanic Healing, Sound Healing, Spiritual Counseling, and Emotional Processing Techniques. She is a channel and caretaker of Maya who communicates and accesses the healing energy of the Earth. Her professional background in architecture and design provides a window into the technology of turning vision into creation. Jennifer is in service to the Divine Mother and humbly approaches life in reverence to the one consciousness that connects us all. Jennifer is also an artist, an author and a mother of three. 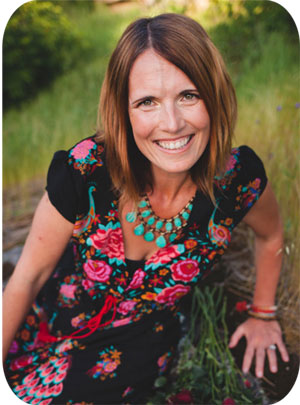 Margin is a San Francisco based Parisian who has been involved in the Kayumari Community since 2006.  She is  a Minister of Walking prayer, a certified Maitri Breathwork Facilitator and co-assists the Maitri Breathwork Facilitator Training Program. She is also a Myofascial Release Practitioner.  Margin dedicates her life to spiritual growth supporting community through prayer and action. 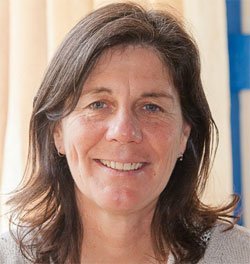 Valerie Hausmann is a Minister of Walking Prayer and Reiki Master. She shares her loving heart with many others as an assistant to The Stargate Mystery School and Manager Extraordinaire of the Guerneville Center and the Earth & Spirit Store at the Center for Sacred Studies. 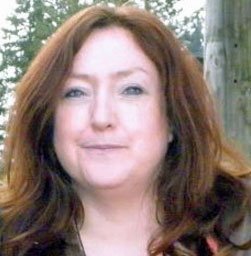 Jyoti is an internationally renowned spiritual advisor with a Ph.D. in Transpersonal Psychology including two-and-a-half years of postgraduate study at the C.G. Jung Institute in Zurich, Switzerland. She is an advisor to the Board of Directors, spiritually guiding the Board's work on its forward-looking direction.

Trish Noble has been involved in the CSS and Kayumari Community since 2003 when spirit guided her to the sacred land and homeplace of her native Mi Wuk husband and children's ancestors in Columbia CA, the birthplace of the Kayumari Community. She is a facilitator of the Stargate Mystery School, a Sundoor Certified Firewalk Instructor and a Maitri Breathwork Facilitator. Since 2007 Trish has been on staff at CSS as the Bookkeeper and more recently as the Executive Assistant to the CEO. For the past 4 years, she has served as a board member on the CSS Board of Directors.

Mark Levitan is an attorney with over 14 years of experience representing American Indian tribes across the United States. Mark drafted all of the documentation for the original formation of the Center for Sacred Studies and has assisted in the development of various other non-profit entities. Mark served as a member of the Board of Directors of CSS for three years, including two years as its President. He continues to provide pro bono legal representation to CSS on all matters. Mark is a member of the pro bono advocacy network of the Women’s Earth Alliance, and also provides pro bono legal services to various worthy causes.

Ryan Brandenburg began practicing zen in 1968 with Suzuki-roshand then became a student of Kobun Chino-roshi in 1969. He was the Director of Jikoji Zen Center (Chino-roshi’s temple and retreat center near San Francisco) for 10 years (1993-2003) Ordained as a priest in both Chino-roshi’s lineage and as a ceremonial leader in Native American traditions, he has participated in or led ceremonies and sesshin in Europe, India, Japan, and North America. As a long-time member of the Kayumari community, he served two terms as Board President for the Center for Sacred Studies and continues to serve as an advisor on Dynamic Governance. He currently maintains a private practice from his home in California and is on the teaching staff for the Center’s Ministerial Training Program.

Mary is devoted to a life of service as a Minister of Prayer and earned an M.A. in Transpersonal Counseling and Psychology. She made a leap from the corporate world of the entertainment industry after realizing she had a strong desire to involve herself in work that was meaningful and transformational. Mary has been a member of the Kayumari community since 2004 and has held two seats as Registrar, for the CSS Ministry Training Program, and for Stargate Mystery School for 6 years. Her work with CSS allows her to feel aligned with the mission to protect indigenous and earth-based ways of prayer.

Karyn has been part of the Kayumari community since 2003. An entrepreneur by nature, Karyn has her BS in Psychology and has started several successful companies. She owns a vacation rental business in California. She is a Jin Shin Jitsu practitioner.  Karyn, an avid fundraiser for CSS, is a Ministry of Walking Prayer since 2012. A humanitarian, Karyn is committed to CSS,  to her spiritual path, and to her service to global consciousness.

Sandy has been involved with the Center for Sacred Studies and with the Kayumari community since 2004.  Sandy had a 20-year career in technical communications, culminating in the position of Vice President of Multimedia Information Systems for Sybase, Inc., a database company.  For the past ten years Sandy has performed free-lance and volunteer work for a variety of non-profit organizations, focusing on the environment, land use, community-building, and spiritual growth.  Sandy has served as the Websites and Communications Manager for the Center for Sacred Studies for 10 years.

Bob was born into a family of Methodist Protestant ministers.  He has been led by dreams–starting at age seven–through many life stages: university in the United States and Japan; professions as a teacher, opera singer, builder-carpenter, these dreams led to relations among native elders and prophets, their families and ways of prayer. Living near the Kayumari Mountain with his wife, Ann Rosencranz and son Riley, Bob is a ranch hand, farmer and ritualist of the Native American Church.  Bob’s life wisdom and vision, help guide the Board of the Center for Sacred Studies.